The Good Dinosaur is Slated For 2014 Release

News of a new dinosaur movie by Disney’s Pixar studio was announced in April this year. With a release date of 30 May 2014, ‘The Good Dinosaur’ is a much-anticipated movie that has been the subject of much speculation. The plot revolves around a scenario where that fateful giant asteroid actually misses planet Earth, sparing the giant dinosaurs from being doomed to extinction. This makes for an original story-line that is said to be both hilarious and heartfelt, i.e. with all the ingredients of a good Disney plot.

The Good Dinosaur is Being Directed By Bob Peterson

Direction for ‘The Good Dinosaur’ falls under Bob Peterson, with Peter Sohn as co-director. It is written by Enrico Casarosa (who directed ‘La Luna’), with Bob Peterson as co-writer. Peterson was co-director and writer for ‘Up’ and writer for ‘Finding Nemo’, which makes him the ideal candidate for this project. John Walker, who produced ‘The Iron Giant’ and ‘The Incredibles’, will be the person in charge of production. 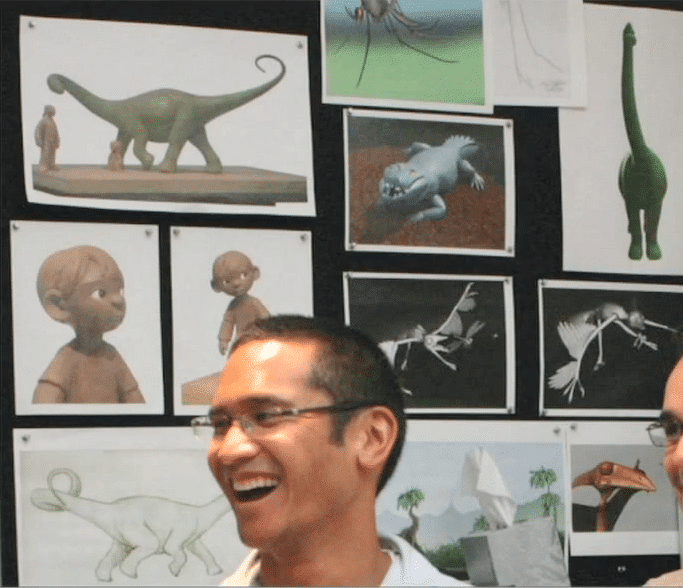 The movie had an initial tongue-in-cheek working title of ‘The Untitled Pixar Movie About Dinosaurs’, with a mock-up title illustration to match. In 2009 a promotional clip for the movie ‘Up’ (called ‘B-roll 1’) showed four background images that stood out in the office of sculptor Greg Dykstra. Image 1, a clay sculpture of a typically long-necked sauropod, had a person next to it; images 2 and 3 showed clay sculptures of a boy; and image 4 was an unclear illustration of a sauropod. This suggests that early 2009 could have seen the start of production for this movie.

The Good Dinosaur Gets Its Release Date Pushed Back

With the popularity of dinosaurs with children, and dinosaur movies with the movie-going public in general, this is one potential release that is sure to be a hit. This dinosaur lover is already gearing up to see The Good Dinosaur in 2014!

Dinosaur Wallpaper A little less than a month ago I posted some great dinosaur wallpaper ideas here on DinoPit. So many of you let me know how much you loved those pictures, I wanted to share a few more of my favorites just in case the first 10 weren’t enough! Eight More Great Dinosaur Wallpaper […]