You are here: Home / Fun Dino Things / Dinosaur in Entertainment / Make Your Own Farmville Dinosaurs 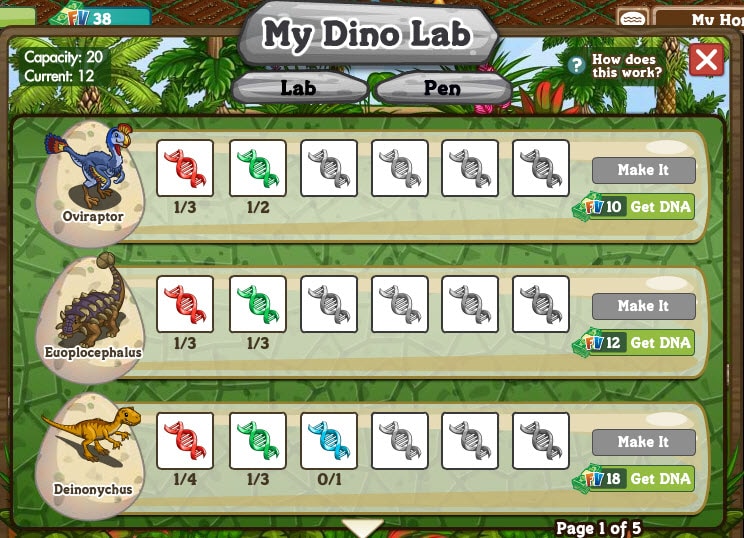 Today’s “make a dino Monday” post is a little unorthodox because it doesn’t actually involve making anything at all. If you have been sucked in to Farmville – or, if like me your mother convinced you she needed someone to send her things – AND you are a dinosaur lover then you’ll be happy to know that you can now make Farmville dinosaurs. I seriously contemplated destroying everything on my generic Farmville farm to replace it with everything dinosaur until I thought of just how devastated my mother might be to find a lack of animal variety for her to “visit” on my farm. Anyway, now Farmville offers users the option to build a “dinolab.” As with every building in Farmville you have to pay to get an instantly functioning lab or you can ask your friends for supplies to build your dinolab.

Farmville Dinosaurs are Limited in Selection so Far 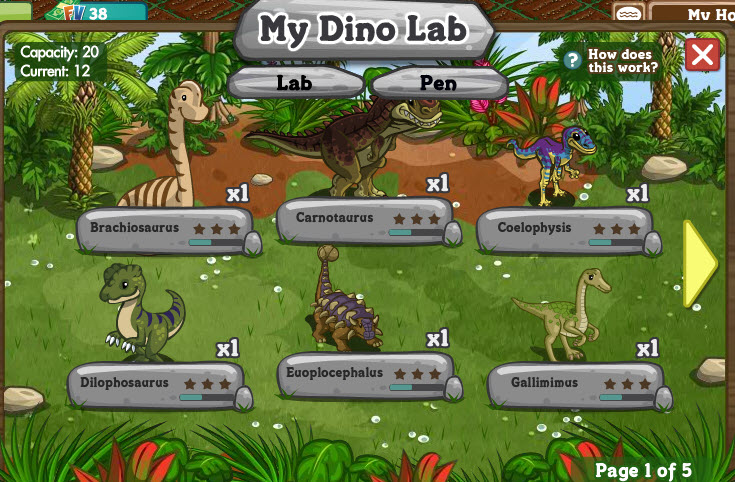 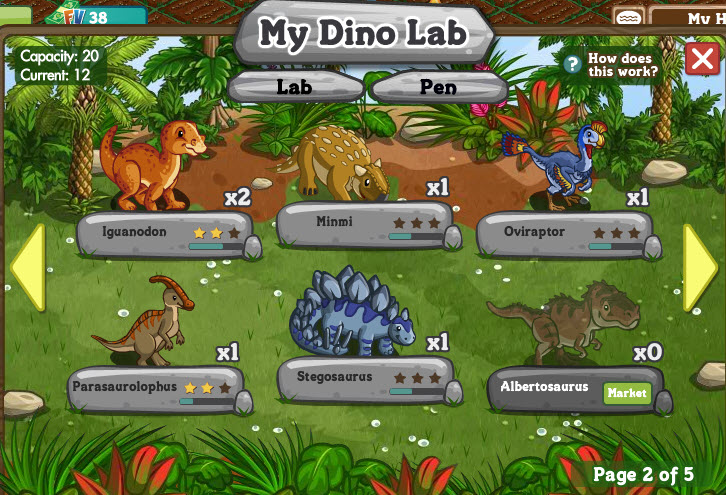 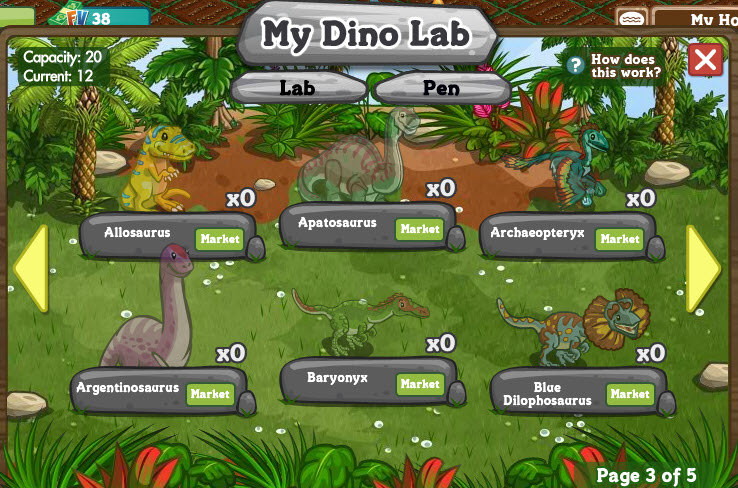 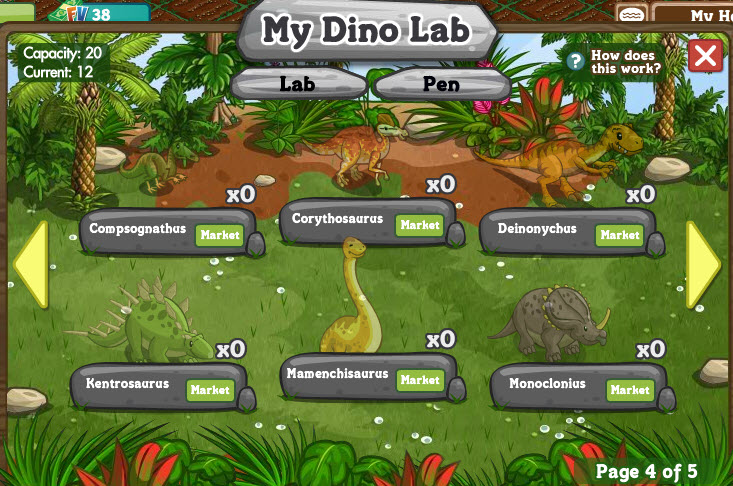 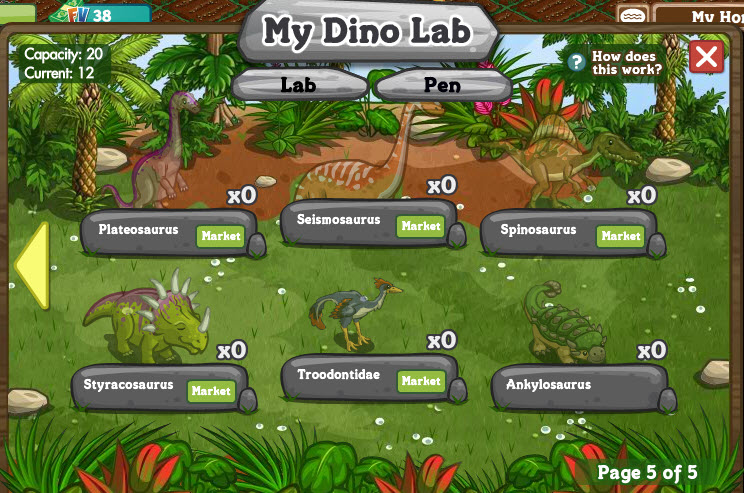 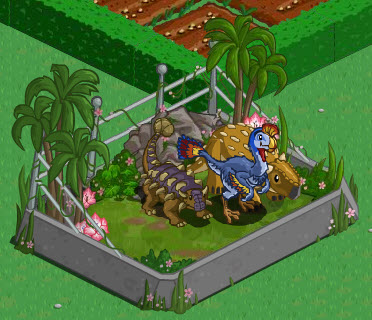 Once you have placed your Farmville dinosaurs in to the Dinolab you can click on the lab and select “Look Inside.” This gives you two options, you are taken straight to the DinoLab option but you will also notice a “Pen” option at the top. The Pen option takes you to the dinosaur view where you can see which dinosaurs you have in your lab as well as purchase more Farmville dinosaurs through the marketplace.

The Dinolab works much the same as the craftshop. As you collect different strands of DNA you obtain enough to create new dinosaurs for your dinosaur pen. You can also receive Farmville dinosaur DNA strands by claiming them from friends feeds.

I have yet to create any Farmville dinosaurs from DNA but I have collected quite a few dinos!

Dinosaur Party Ideas Will Improve Any Party Being that I am particularly obsessed with dinosaurs I tend to be a little uncomfortable when I walk in to a formal party filled with stuffy people talking about the latest fashion or celebrity break up. I would much rather they check out some of the dinosaur party […]