When I was a kid I loved dinosaurs as you know. What you don’t know however, is that I had a considerable amount of trouble learning to read. No matter what anyone did to encourage me to read it simply posed too much difficulty and “starter” books held no interest for me. It took years for me to latch on to reading and as a result I am a huge advocate of teaching children to enjoy reading from an early age.For young dinosaur lovers dinosaur children’s books are a great way to do this.

How Do Dinosaurs Say Goodnight by Jane Yolen 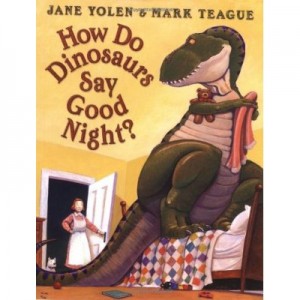 This is one of the most popular dinosaur children’s books out there and just one of a series released by Jane Yolen. The rhyme of this story is enough to keep any youngster entertained and there is even a companion dinosaur plush to accompany the story of how young dinosaurs go to bed at night!

Buy How Do Dinosaurs Say Goodnight by Jane Yolen for $10.61 at Amazon 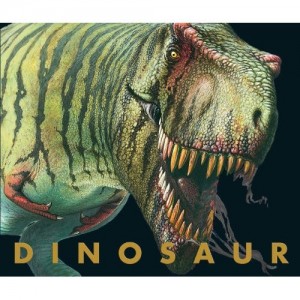 DINOSAUR by Stephanie Stansbie takes young readers back to the prehistoric days of the dinosaurs. This fact finding guide combines textures, flaps and interactive learning to tell the story of various dinosaur species.

Buy DINOSAUR by Stephanie Stansbie at Amazon for $14.99 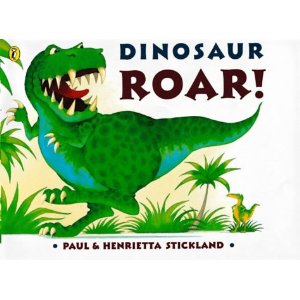 Dinosaur Roar by Paul and Henrietta Stickland is a Puffin picture book featuring colorful dinosaurs of all colors, shapes and sizes. Fun rhymes tell of each of these dinosaurs as they make their way to the dinosaur picnic!

Buy Dinosaur Roar by Paul and Henrietta Stickland from Amazon for $6.99

Harry and the Bucketful of Dinosaurs by Ian Whybrow 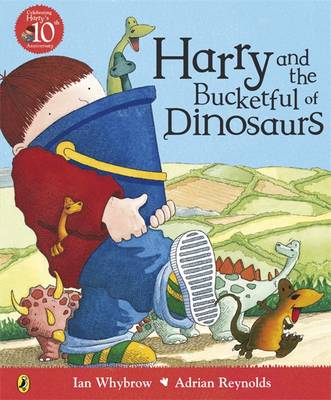 Harry and the Bucketful of Dinosaurs by Ian Whybrow is a beautifully illustrated story of a boy named Harry who finds a bucketful of dinosaurs in his grandma’s attic. This tale tells what happens one day when Harry leaves his new friends on the train!

Buy Harry and the Bucketful of Dinosaurs by Ian Whybrow from Amazon for $6.99

Saturday Night at the Dinosaur Stomp  by Carol Diggory Shields

Saturday Night at the Dinosaur Stomp by Carol Diggory Shields is a colorfully illustrated children’s picture book shows just what happens when these prehistoric dinosaurs need to let off some steam at the Saturday night dinosaur stomp!

Buy Saturday Night at the Dinosaur Stomp by Carol Diggory Shields at Amazon for $6.99 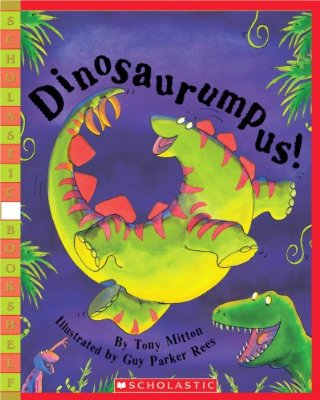 Dinosaurumpus! by Tony Mitton is another great illustrated story that follows dancing dinosaurs as they rock the night away! A night of dancing leaves these dinosaurs all tired out and read for bed though!

Buy Dinosaurumpus! by Tony Mitton at Amazon now for $6.99 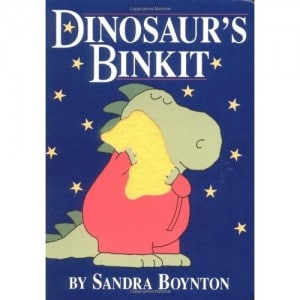 Dinosaur’s Binkit by Sandra Boynton is another great board book from beloved children’s author Sandra Boynton. This book follows a sleepy dinosaur who refuses to go to bed without the right comfort object and incorporates texture and color in to the reading experience.

Buy Dinosaur’s Binkit by Sandra Boynton at Amazon for $7.88